The Camalig Bank Foundation (CBF) grants desktop computers and laptops to all of its scholars to supplement their learning needs in the new normal system.

The new normal that is caused by the pandemic has pushed educational institutions to lean on the digital solutions like synchronous and asynchronous methods requiring proper resources and a decent internet connection which the scholars need. 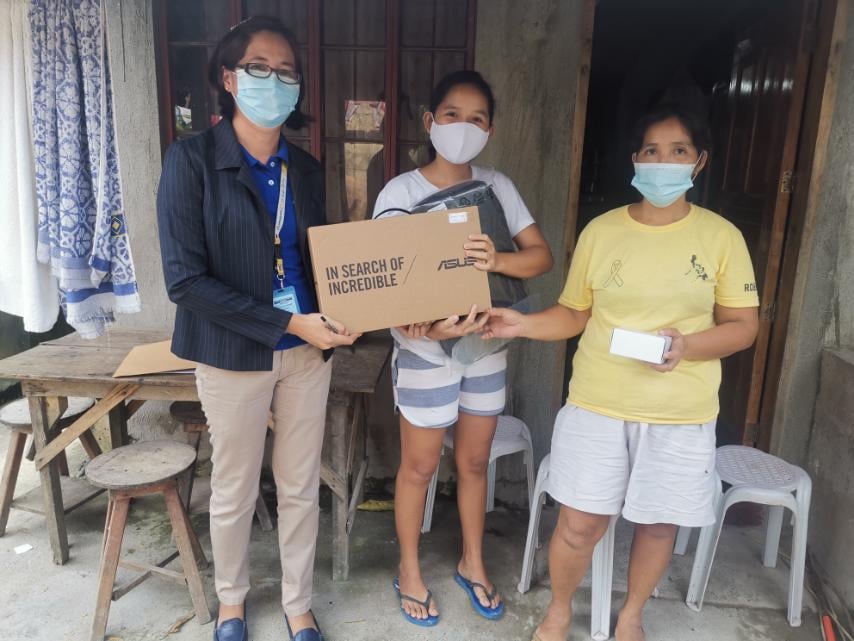 “We acknowledge that this new learning system has been more difficult than the face to face scheme, that’s why we’ve recalibrated the scholarship program to augment the primary needs of the scholars,” Ms. Jonelyn Ardales, CBF Project Assistant said.

This redesigned program addresses the necessity posited on a distance learning environment. Apart from the desktop computers and laptops, CBF also provided pocket wi-fi with data load, as well as, book and module printing allowances.

“The CBF continues to support our scholars in the best way we can. We hope that the provisions would truly help them excel in their academic fields amid this pandemic.” Ms. Ardales added.